Detroit born and raised. The Leonards are straight forward rock and roll. Which brings us back to their Detroit roots. There must be something diesel in the air or polluted in the water because bands from their neck of the woods play with a certain panache that reminds you that the Stooges and MC5 were playing punk way before '76. The Leonard's image is more of an anti-image, they just want to rock.

Peter Case would check out the band regularly, and preferred their version of 'A Million Miles Away"  Weezer played its first gig with The Leonards. The band performed with Mars Bonfire (wrote 'Born to be Wild') and backed Sky Saxon on a Skyclad Records compilation. The band toured the country several times playing CBGB’s, Pittsburgh’s own The Electric Banana, The Stone Pony, Steamboat in Austin, Fitzgerald's in Houston, and The Howlin’ Wolf in New Orleans. One recording was recently featured on TV's Ugly Betty. Their photo even was featured on Ugly Betty's avacado green fridge.

They have been heard on Rodney On The Roq, KROQ, KXLU, KCRW, Joe Benson, and heard nationally on college and commercial radio. Their demo of  "Truckers Song" is at 31,400 hits on Youtube and growing. 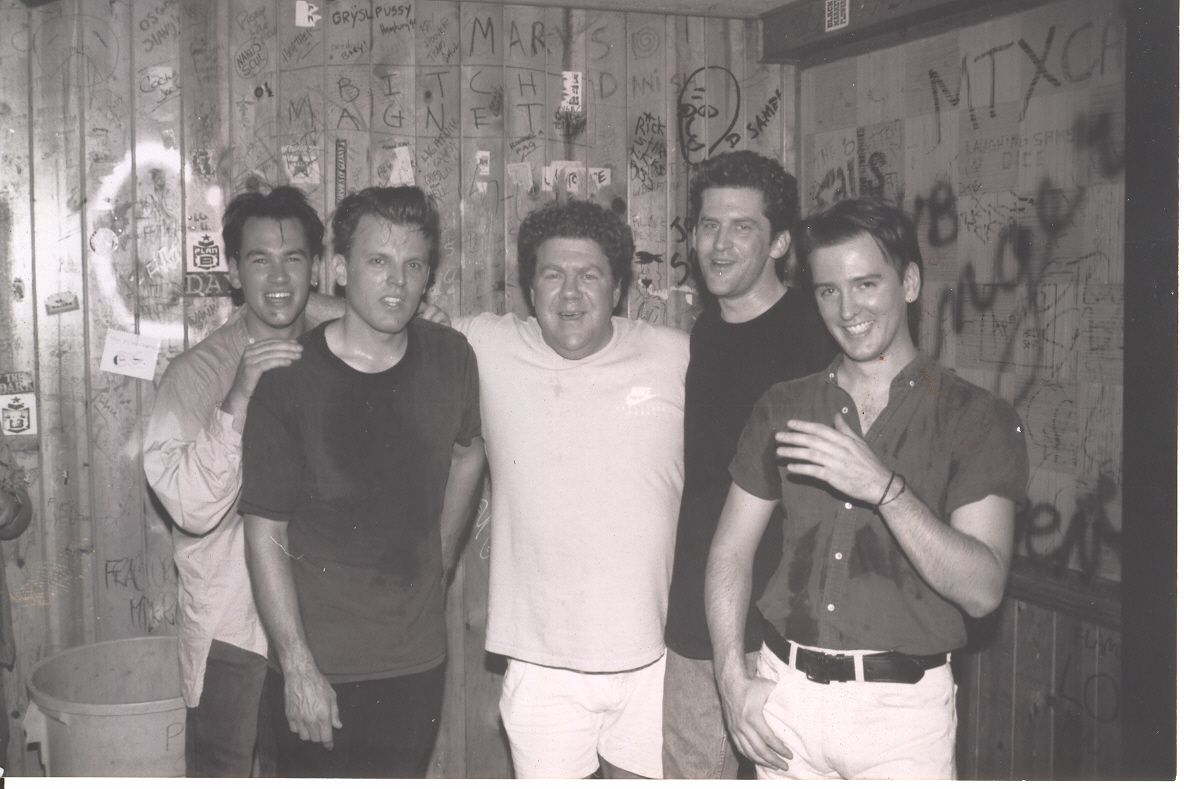 The Leonards: the ONLY band to shut the  The Banana down for volume!

Stuff This in Your Stocking (Elves in Action....) Review

Purchase "the Leonards" Vinyl on EBAY

Review from our return show in Mount Pleasant

Ugly Betty's classic avacado green fridge with the Leonards. She was a fan!

See you down the road.

Rehearsing in Detroit for our yearly show

Back of debut album

Lenny, Roman, and Tom. Roman built and fixed our guitars.

Small town off the highway in NB

with family at The Electric Banana.

Jam Night, When they say 'Freebird' they mean it.

the back wall at Palermo's.